between Earth Tribe and Fire Tribe

Episode 10
The Village of Hakuryuu (白龍の里 Hakuryū no sato) is a hidden village located beneath the mountains between the Earth Tribe and Fire Tribe's vicinity.[1] This is Kija’s hometown and the place where the Original Hakuryuu stayed after his duty ended when King Hiryuu died.[2]

The village is relatively small, with few small houses made from stone walls and thatched roof residing within the area. The biggest house is owned by Kija’s family, who are the current possessors of the dragon’s power. Their source of water comes from a small pond sitting beside a huge tree, and some of their food resources come from the field terrace.

As descendants of the original Hakuryuu,[3] the residents bear the same hair colors which only vary by shades. They also wear similar clothing consisting of a white robe with patterned blue hemlines overlaid with a short white cloak. In contrast to the people of Seiryuu and Ryokuryuu villages, they patronize the White Dragon’s power and serve its possessor with utmost care. They secluded themselves from the outside world just to protect the power from being taken advantage of by outsiders, and continue to carry out their mission of keeping the bloodline alive.[2] Because the original Hakuryuu served under a red-haired master, they have a fascination[4] towards Yona who bears the same color on her hair.

It is noted by Kija that their clan has jumped from one place to another in order to gather information about the country.[5] Additionally, they send out informants disguised as merchants to visit various places.[6] 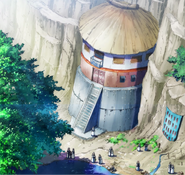 Hakuryuu's statue beneath the tree

Community content is available under CC-BY-SA unless otherwise noted.
Advertisement